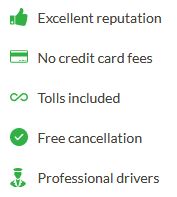 The two reserves of Rokein (2,000 ha) and Arrouais (1200 ha) are managed by the Souss Massa National Park. They are totally fenced and supervised by forest rangers. This protection facilitates the development of a plant cover suitable for feeding large animals and guarantees their safety.

These two essential conditions encourage natural reproduction, and therefore the increase in the numbers of each species. This creates a population of animals born in conditions close to wildlife, and therefore easier to reintegrate into the wild than those from zoos or amusement parks. The oryx is the largest antelope of the semi-desert regions of the Sahara, its horns can exceed one meter in length. It occurs only very occasionally throughout its range and only the population of Chad still appears to be nearly viable. This species disappeared from Morocco in 1973, it is classified as Critically Endangered by IUCN (International Union for Conservation of Nature) It is an antelope that lives in troops in the sandy desert. It makes long migratory movements in relation to pastures that are born randomly from rainfall. The wild populations are very small and distributed by spots in the southern Sahara. This species disappeared from Morocco in 1956 and is classified as Endangered by IUCN. It is the largest of the gazelles, the fastest too since it can exceed 100 km/h at its top speed. It is also a very shy animal that flies over long distances.

It is rare and located south of the Sahara. Threatened by poaching, this species is listed This small gazelle is mainly observed in small family groups. It is mainly active outside the warmer periods... it is the most widely spread species in the Sahara, but always locally due to poaching, to which it is subjected. It is classified as Threatened by IUCN. The largest bird on the planet does not fly but can run 50 km at a speed of 30 km/h. The ostrich has the largest eyes of all the terrestrial vertebrae (5 cm in diameter) its food is mainly composed of plants and 3 to 4 kg of fresh material are necessary for its daily ration.  The subspecies "Red-necked" is confined south of the Sahara, it is different in southern Africa. The Ostrich disappeared from Morocco in 1945 and is considered "endangered" by IUCN over its range.

The antelope flocks in these reserves already constitute the largest stock of certain species in the world, both in captivity and in the wild. The Souss-Massa National Park has, therefore, become in a few years a major player in the conservation of threatened animals throughout the Sahelo-Saharan zone.

A hope for nature in the Sahara

This programme aims to restore this Saharan fauna in the great south of Morocco and given the successes recorded in these two reserves, all the protected areas of the Sahara could also benefit from this programme.

Created in 1991, the Souss-Massa National Park covers an area of 33,800 hectares in the coastal area situated between the cities of Agadir in the north and Tiznit in the south. The landscape is composed of an arid desert steppe bordered by coastal cliffs, and 2 rivers leading to the Atlantic Ocean.

The park is home to 250 species of birds, 30 mammals, 35 amphibians and reptiles, 9 species of freshwater poison and thousands of insect species.

The flagship of this Park, which is also its emblem, is undoubtedly the bald ibis, a globally threatened bird whose protected area is home to almost all the populations in the wild.

The Souss and Massa rivers constitute wetlands of international importance for migratory birds transiting between Europe and West Africa.

Among those animal integral reserves (Rokein and Arrouais), which actively participate in safeguarding and rehabilitating the most threatened Saharan antelopes in their original habitats.

The Massa Reserve, open to the public and internationally renowned, is undoubtedly the best ornithological site in the whole of the Maghreb.

2000 inhabitants live in the 6 douars (villages) of this territory and practice a traditional agricultural economy (extensive livestock farming, market gardening, and grain, honey), as well as small-scale coastal fishing.

Pick up at your hotel or at your request in Agadir at 08h30.

On the way to Souss Massa National Park

When visiting the region, you will see the Mendes antelope (Addax), Dorcas gazelles and African ostriches, which can move freely.

At various stations, you can go down to observe the animals in peace and take pictures.

Continue on to the Arrouais region, where you will meet antelopes (Oryx) and Dorcas gazelles.

Later, there will be a lunch that will be fresh local fish in the small fishing village of Tifnit.

You will then have time to relax, walk in the sand dunes behind the village, swim or look for shells on the beach.

Return to the hotel or depending on the location, arriving around 17-18 hours.

Pick up Location: Your Hotel in Agadir or based on your request

Trip: Private solely for your party and flexible

Return Location: Your Hotel in Agadir or based on your request