Things To Do In Tanger 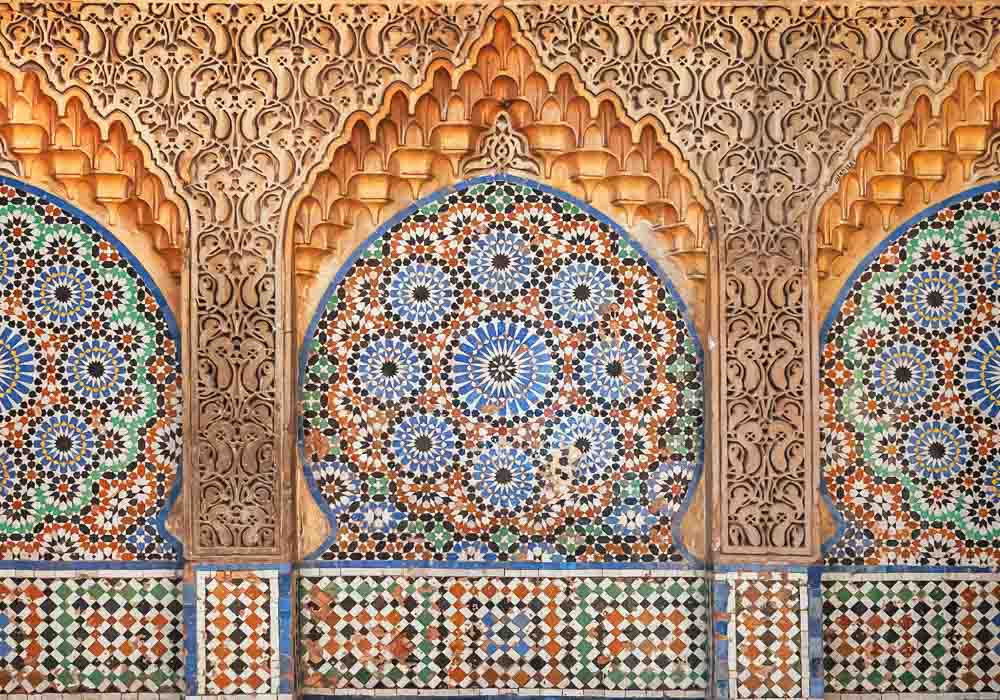 Tangier is a true port town with all of the international, cross-cultural influence and great seafood that implies. Sip on a fresh-squeezed orange juice on a balcony in the old kasbah, take in the breathtaking view over the Strait of Gibraltar and Southern Spain, feast on a tajine pescado (fish stew with roasted tomatoes, a specialty of the region), and take a seat at one of the many cafés and bars to channel the vibes of the Beat Writers who made this city something of a pilgrimage in the 50s and 60s.

In the last few years, the King has taken a great interest in promoting Tangier as a high-end tourist destination. There is a new luxury port abutting the ancient medina of Tangier where yachts belonging to the rich and wealthy port as part of their tour of the Mediterranean Sea. Much of the medina has been recently restored. Many of the main streets and boulevards have new palm trees as part of a city-wide beautification project.

Even with all of this renovation and restoration, there are still many historical and cultural monuments preserved in and around Tangier for you to discover… not to mention a lot of beaches!

Notes From the History of Tangier

There is some evidence that Tangier might be 12,000 years old, though the most recent settlement discovered was in the 5th century B.C. as part of the Carthagian Empire, making Tangier a relative youngin’ at a mere 2,500 years old. The Greeks called this settlement Tingis, from where it derives its current name.

Through the year, Tangier passed through the Phoenicians, Romans, Vandals, Visigoths and the Umayyad empire before finally joining modern day Morocco in the 11th century A.D. However, successive wars, disputes and trades saw Tangier constantly changing national affiliation, with Portugal and Spain batting control of the city back and forth from 1471-1662, when it was given as part of a dowry for Catherine of Braganza and her marriage to Charles II, the King of England. The British only had control of Tangier for 22 years, and then it was given back to Morocco.

During the Protectorate Era (1912-56), Tangier remained an International Zone, what William Burroughs dubbed the “Interzone” in his Beat masterpiece Naked Lunch, which he wrote while living in Tangier. 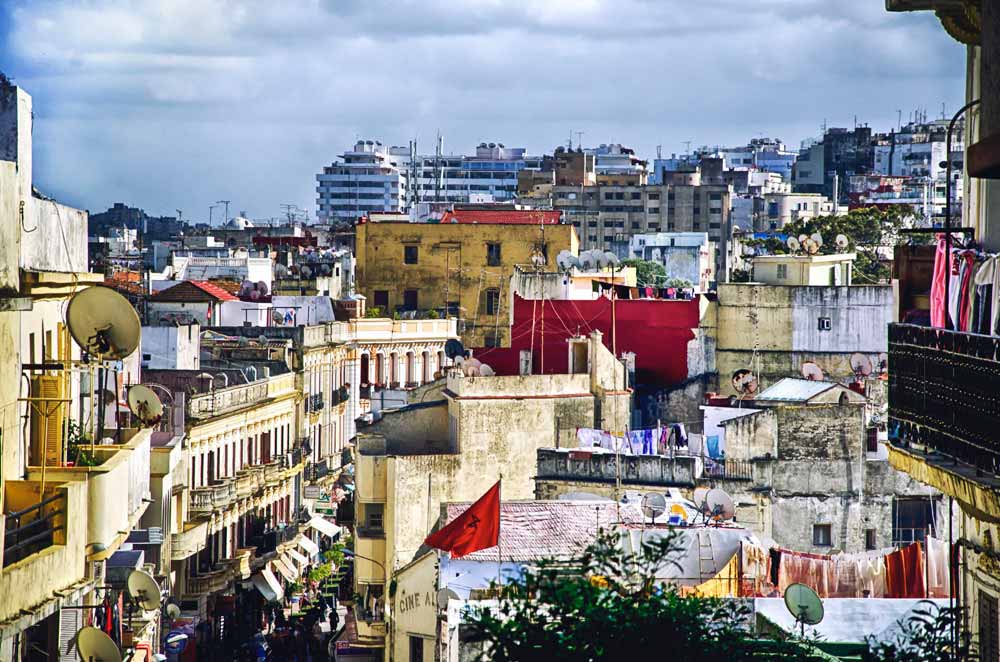 Tangier Travel Guide: What to Do

Chillax in the Zoco Chico – There are two cafés at this main square of the Tangier medina, Café Tingis and Café Central. Both have ample outdoor seating and friendly service. Order a tea or a coffee and do what people have been doing for generations: people watch.

Get lost in the medina – If you ever truly get lost, keep in mind that “uphill” is the direction to follow for most of the main exits (or “babs”) of the medina. If you ask anyone for the direction of “Zoco Chico” or “Bab el-Fahs,” they will generally point you in the right direction and you can easily find your way from there. Getting around is made easier if you have a guide prearranged with us (forgive this little plug), which is common on the various trips we do in Morocco.

Rock the Kasbah – Most visitors will approach the kasbah through Bab Haha and enter on Place du Mechouar (often referred to as Place de la Kasbah). Here there are many touts who will offer to give you a guided tour. This is unnecessary. The kasbah is small and, to the left of Bab Haha, there is a small map highlighting the walk one can do around the kasbah and numerous signs pointing the way.

Hang with the Brothers of Detroit – Just outside the Kasbah Museum is a little café by the name of “Fils de Detroit.” This is the hangout of a few older Arab-Andalusian musicians. Sip on a mint tea and enjoy the unbeatable atmosphere when they men strum their lutes and jam on their drums.

Take a Paseo – After their siestas, it’s typical for the people of Tangier to take a paseo (a stroll) along the long promenade formed by Avenue Pasteur and Boulevard Mohamed V. They meet with friends, do a little shopping and enjoy as the heat of the afternoon gives way to the cool of the evening. This walk will take you down Avenue Pasteur at Place de France to Place Brahim Aroudani, where you can turn left and continue your paseo on the beach and take in the Bay of Tangier. 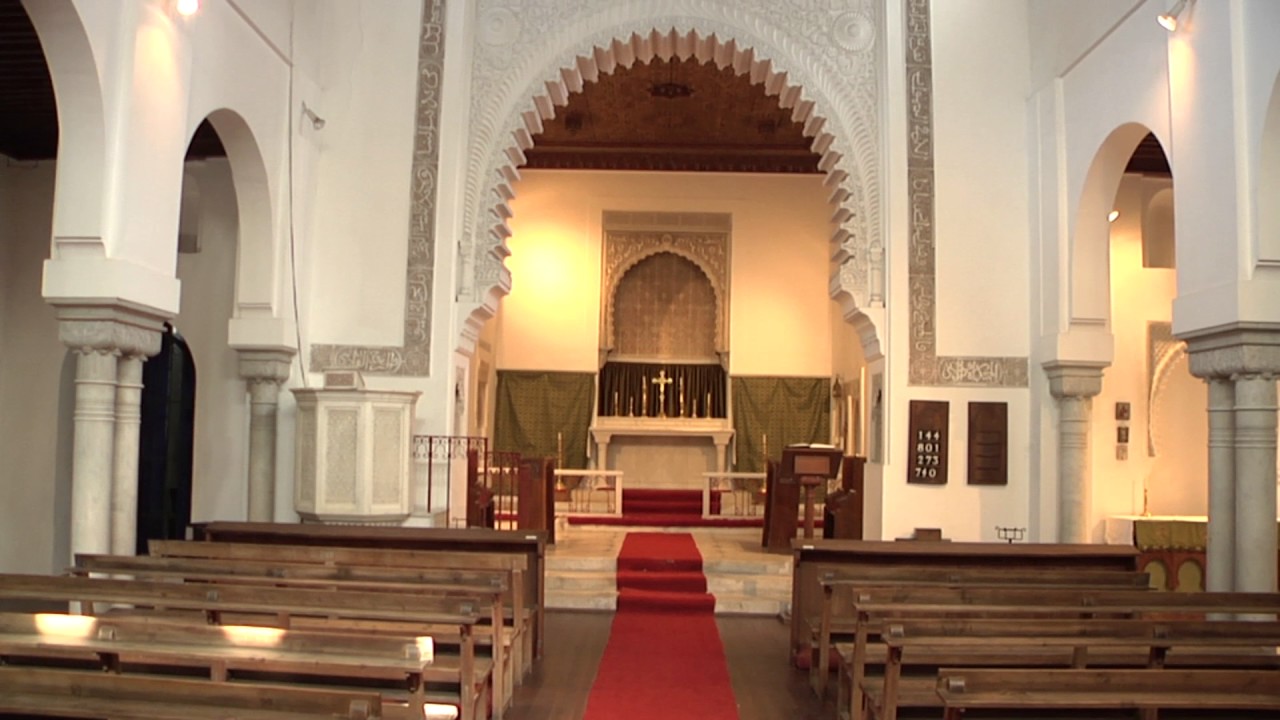 Tangier Travel Guide: What to See:

The American Legation Museum – Close to the aptly named “Bab Merican,” this is the only national monument outside of the United States. The museum in closed on the weekends, but open Monday through Friday from 10:00 a.m.-1:00 p.m. and 3:00 p.m.-5:00 p.m. There is a large library specializing in North Africa, many paintings from Americans, Europeans and Moroccans, and several small models recreating some historic battles. The real treat is the “Paul Bowles” wing, named for the American author who called Tangier home for 50 years and died here in 1999.

Museum of Moroccan Art and Antiquities – This museum, located just off Place du Mechouar and often just called the “Kasbah Museum,” houses various relics from the Stone Age through the turn of the 20th century, displaying the rich history of Tangier. Here, you can see evidence of the many peoples who have inhabited or ruled this region. Not to be missed is a beautiful mosaic taken from the Roman city of Volubilis and a nice stroll through the Sultan’s Gardens. Entrance is 10 dirhams. Open 9:00 a.m.-4:00 p.m. every day except Tuesday.

Church of St. Andrew – Hovering at the edge of the medina, just off the bustling Grand Socco is this magnificent church that is a real tribute to the harmony of Christianity and Islam. Tour the quiet gardens, the final resting place for many of the churches international community, before ducking into the church. Note the Lord’s Prayer written in exquisite Arabic calligraphy just about the pulpit and the numerous Andalusian-Moroccan touches throughout.

Cap Spartel and the Cave of Hercules – Located about fifteen minutes outside of Tangier on the Atlantic Coast are Cap Spartel and the legendary cave of Hercules. Those familiar with Greek mythology might recall the 12 Labors of Hercules. In fact, not far from Tangier, there is another location rumoured to be the basis for Hercules’ Eleventh Labor: the apples of Hesperides (or “the golden apple”). It was after he retrieves the “golden apple” that it is thought Hercules rested in this caveat Cap Spartel.

To get to Cap Spartel without a car, it’s best to go to the Grand Socco. You can hire a taxi there for 150 dirhams for a roundtrip fare. Most drivers will happily wait for an hour or so while you explore the cave and the area around. As beautiful as Cap Spartel is, it is also a bit of a tourist trap for Moroccans and non-Moroccans alike. Avoid anyone trying to be a “guide” as this cave is fairly simple to navigate.

Entrance to the cave is 10 dirhams. There are some unremarkable shops to ignore at beginning of the path leading down, but if you look up, you can see where locals have carved out round stones from the cave walls for generations. These stones were used in the milling of grains. Even more impressive is how the cave, in the shape of the continent of Africa, open up and looks out toward the Atlantic. After enjoying the cave, relax at one of the many beachside cafes. Prices are a bit more expensive than most other cafes (about ten dirhams for a tea), but the view on a nice day is unbeatable. 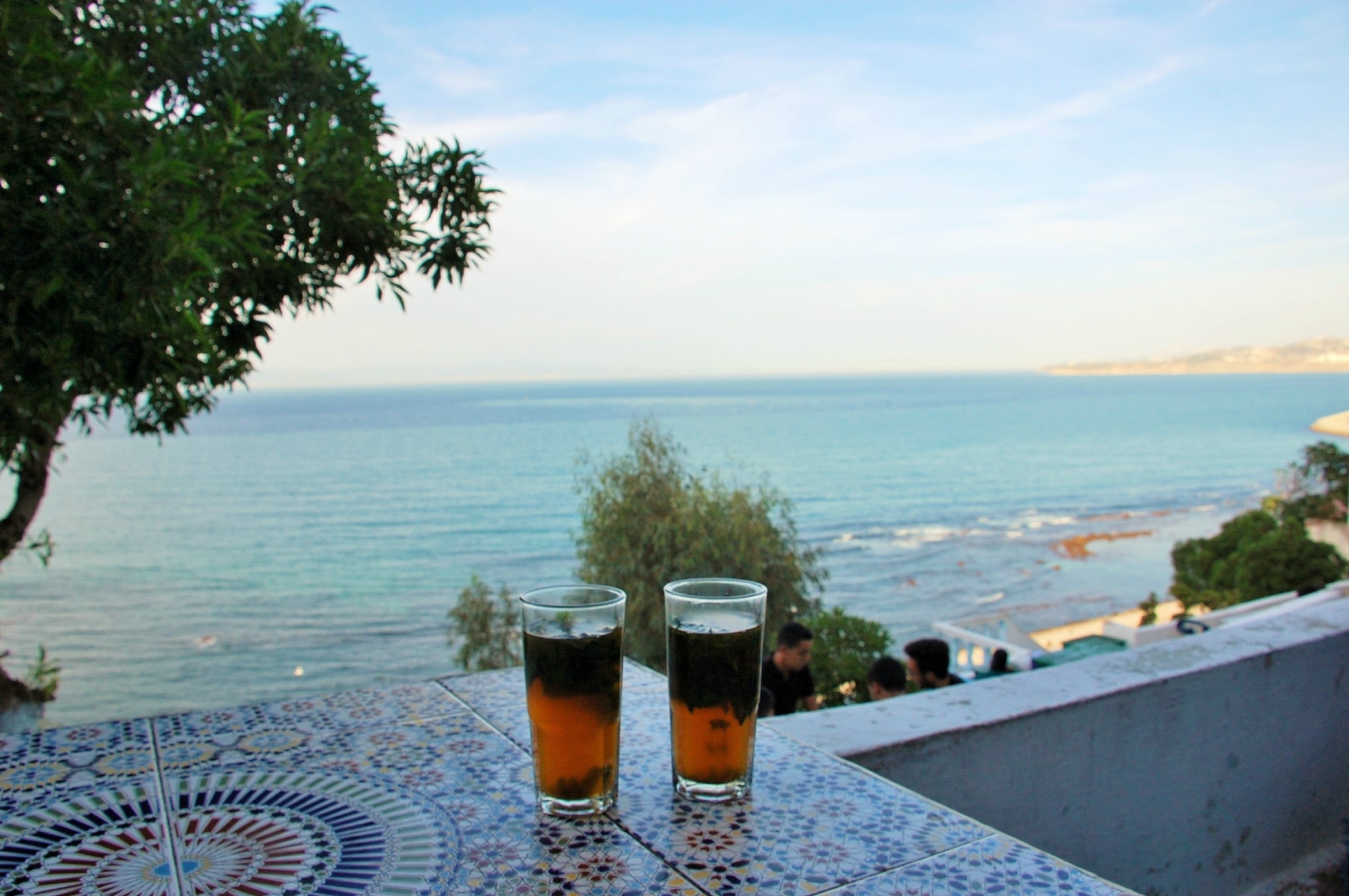 Tangier Travel Guide: Where to Eat

Café Hafa – Located outside of the Kasbah, close to the necropolis and the Phoenician tombs, Café Hafa is a must stop for literary types. William Burroughs, Paul Bowles, Tennessee Williams, The Rolling Stones, and many others have stopped by Café Hafa for a mint tea to enjoy a bit of kif and look out over the Mediterranean to Spain. At night, there is often music. In Marshan, next to the Phoenician Tombs, open 7am-11pm (2 am on the weekends).

Grand Café de Paris – Located off the Place de France, this rather 50s-era inspired café, with plush seats and seating right on the busy boulevard, like Café Hafa, has a rich literary history and, even now, is considered somewhat of a “hotspot” for local writers. On Place de France, open 7am-11pm 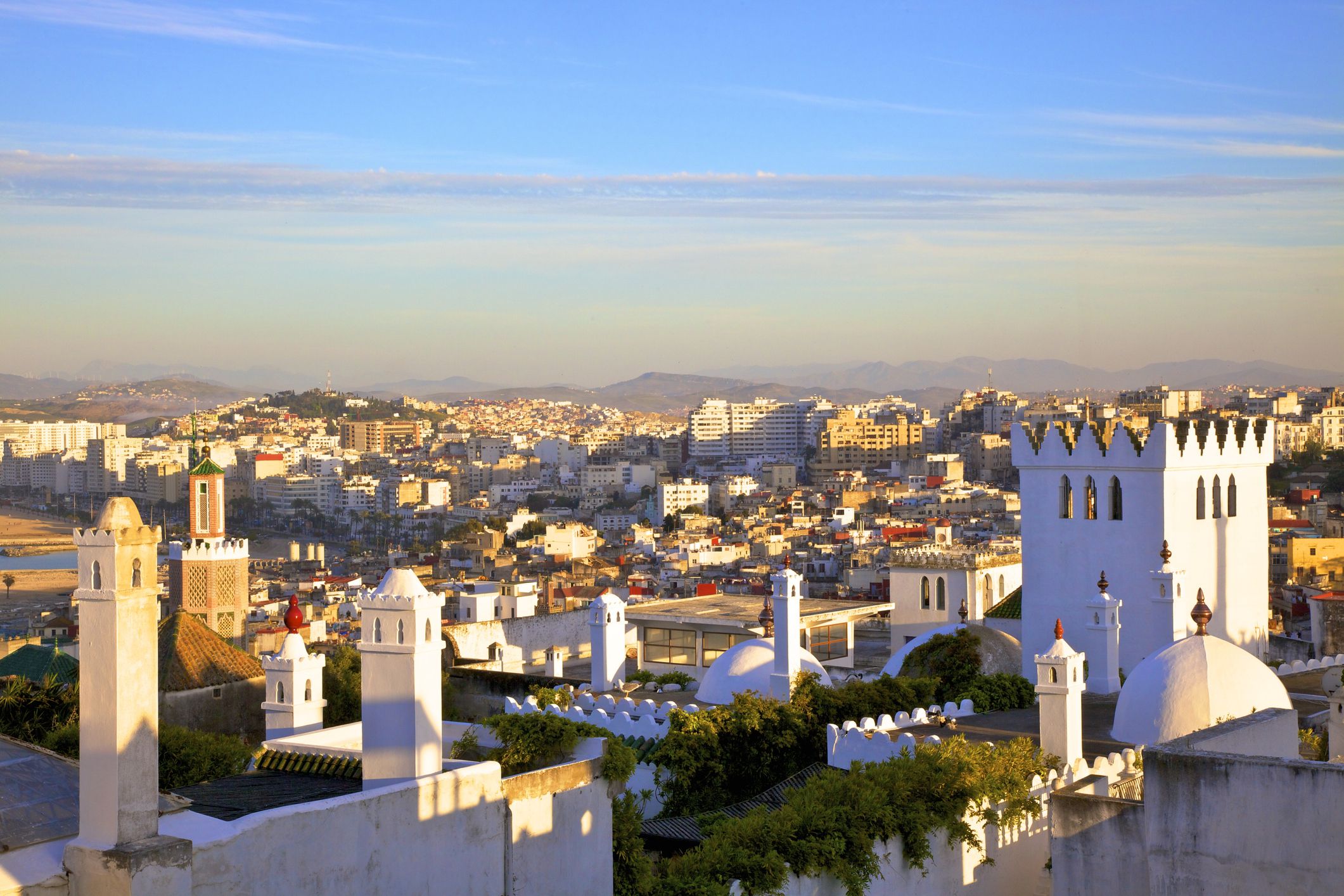 Café Colon – Located just outside of the medina and adjacent to the Grand Socco (or Zoco) on Rue de la Kasbah, across from the movie theatre Cinema Alcazar, this café may be best known for its fifteen minutes of fame in Bernardo Bertolucci’s adaptation of The Sheltering Sky. This café has remained largely unchanged in the past forty years. Like most cafés in Morocco, the clientele is largely male, but it’s a nice place to recharge after a few hours in the medina on your way uphill to the Kasbah. On the Grand Socco, open 7am-11pm.

Anna & Paolo – A cosy, family-owned restaurant with largely Mediterranean-Italian fusion options located in the newer part of Tangier. Like many restaurants, the seafood selection abounds with fresh catches from the day and well-done pizzas. Open Monday through Saturday for lunch and dinner. Lunch from 12:00 p.m.-3:00 p.m. Dinner from 7:30 p.m.-11:00 p.m. Closed on Fridays. Reservations recommended, but get there early to avoid smokers and one person lighting up can ruin an otherwise delicious meal for everyone. Address: 77 Rue Prince Héritier. Phone: (212) 05.39.94.4.6.17.

Le Saveur de Poisson – Close to the El Minzah hotel down Rue de la Liberté off the Grand Socco on the stairs leading to the medina, one of the most outstanding elements of this restaurant is that everything seems to be made in-house, even the wooden cutlery and clay plates. This restaurant boasts some of the best traditional Mediterranean-Moroccan food in the region. All dishes use a sort of seafood and lots of local herbs and spices are added. Open Saturday through Thursday for lunch and dinner. Lunch from 12:30 p.m.-4:00 p.m. Dinner from 7:00 p.m.-10:00 p.m. Closed on Fridays. Reservations strongly recommended. Address: 2 Escalier Waller. Phone: (212) 05.39.33.63.26.

Librairie des Colonnes carries a large selection of the latest books in Arabic, English, French and Spanish, and you can find authors from around the world holding readings. It usually has books by many of the Beat Generation writers who spent time in Morocco and will most likely have a copy of William Burroughs’ Naked Lunch on hand. Check out the shop’s calendar for a list of author readings on their website.

Les Insolites is the newest, hippest bookstore in Tangier and has many contemporary art showings and readings. Conveniently located just off the Place de Faro (often called “The Terrace of the Lazy”) and Boulevard Pasteur, the owners are usually around and are happy to talk to people travelling through. They will happily recommend a nearby cafe or restaurant as well.